HPE warns of 'critical' bug that destroys SSDs after 40,000 hours

Firm urges customers to upgrade firmware as soon as possible 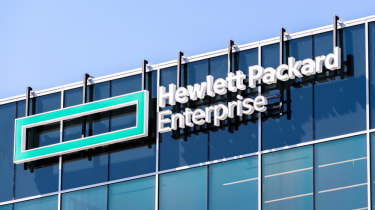 Hewlett-Packard Enterprise (HPE) has warned that some of its SCSI solid-state drives will fail after 40,000 hours of operation.

The “critical” flaw affects drives in HPE server and storage products, including the HPE ProLiant, Synergy, Apollo 4200, Synergy Storage Modules, D3000 Storage Enclosure, StoreEasy 1000 Storage, and causes the SSDs to brick after exactly 40,000 hours (4 years, 206 days and 16 hours) of use.

HPE said an SSD manufacturer alerted it to the firmware bug and added that, in a scenario where multiple SSDs are installed and put to work at the same time, it’s possible for all disks to break down simultaneously.

The company also warned that the bug is not unique to HPE drives and that other manufacturers SSDs could also be affected.

The catastrophic bug, which would cause data to become unrecoverable once a drive had failed, affects products running a firmware version older than HPD7, HPE says.

The company recommends that users upgrade the firmware to version HPD7 as soon as possible.

“HPE recommends performing an online firmware update on HPE Gen9 servers during minimal I/O activity. This will not require a reboot in most circumstances,” HPE said in an advisory.

“However, in instances where the online firmware update does not complete successfully, an offline update is required. After the flash update completes, the Smart Component will provide a message regarding whether the flash completed successfully.”

Fortunately, HPE said that no affected SSDs have yet to fail as a result of the firmware bug, but it estimates that SSDs that are left unpatched will begin to fail as early as October of this year.

This is not the first time HPE has warned about potentially disastrous flaws affecting its solid-state drives. Back in November of last year, the company sent out a similar message to its customers after a firmware defect in its SSDs caused them to fail after running for 32,768 hours.

3 ways to protect yourself and your clients online

Autonomous databases are here. So who needs database administrators anymore?

The IT expert’s guide to AI and content management

Everything you need to know about HPE

The IT Pro Products of the Year 2019: All the year’s best hardware

Microsoft gobbles up corp.com domain to keep it from hackers