Tech jobs continue to boom, and these are some of the best IT gigs you can land 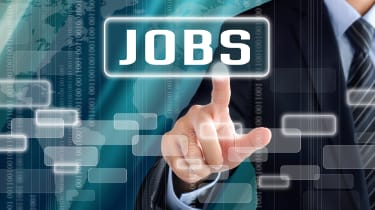 With technology entangled in virtually every minute of our daily lives, it’s no wonder tech jobs are some of the top-rated careers in the US. But not every tech job is created equal, so we took a deep dive into the highest-rated jobs in technical fields and found the best of the best.

Below, you’ll see the top-14 tech jobs in the US. But first, let’s look at how we created our list.

We began the process using Glassdoor’s 50 Best Jobs of 2020 list and filtered it down to tech-focused roles.

From there, we used the three criteria Glassdoor examined to create its list, median base salary, job satisfaction rating and the number of job openings. We ranked each job in all three criteria. We also ranked each role based on its projected job growth from the Bureau of Labor Statistics.

We then found the average ranking for each job across all four criteria. This average determined the final overall rankings for every tech job on our list.

Automation is a huge part of our world today, and companies look to automation engineers to automate various aspects of their companies. These engineers can also have a hand in the world of autonomous vehicles.

These engineers design, program, simulate and test automated machinery to ensure it completes its intended processes, according to Study.com. This is a wide-reaching field that touches various aspects of tech, ranging from behind-the-scenes programming to hands-on assembly and everything in between.

This position carries a median base salary of $85,456 and a 3.8 of 5 job-satisfaction rating on Glassdoor. Dragging it down to last place on our list is its surprisingly limited number of open jobs, as Glassdoor noted only 2,658 openings at the time of this writing. On top of that, the BLS predicts job growth in this industry through 2028 will remain at 2%, which is slower than the national average.

While most of the positions on this list center on newer technology, one position that’s been around forever and is still one of the top tech jobs in the US is network engineering. According to Indeed, network engineers “design, build, implement and maintain computer networks businesses and organizations use.”

Their work stretches through all types of business necessities, including phones, intranet, extranet and more.

There is decent demand for network engineers, as Glassdoor shows 6,138 open positions at the time of this writing. The BLS lists its projected growth through 2028 about average at 6%. Dragging this role down to No. 13 on our list of top tech jobs is its $71,028 median base salary, which is last on our list.

While a scrum master is not specific to tech, as any agile business can use the services of a talented scrum master, this role has become a staple in the high-tech industry.

With agility becoming critical in the fast-moving tech world, it shouldn’t be a shock that scrum master lands at No. 12 on our list. It carries an excellent $100,000 median base salary and a 3.8 of 5 job-satisfaction rating on Glassdoor. At the time of this writing, Glassdoor showed 2,894 open positions. The BLS lists its growth through 2028 at 12%, which is much faster than average.

Salesforce has become a leader in customer relationship management software and cloud technology, so an expert Salesforce developer can be a key hire for a company. With demand high, this tech job lands at No. 11 on our list.

A Salesforce developer is responsible for coding software or application solutions for Salesforce. They typically work along within a larger Salesforce development team to ensure everything runs smoothly and is tuned specifically for the business’ needs.

Job satisfaction comes in high at 3.8 of 5, and demand is high with Glassdoor reporting 3,639 open jobs and the BLS projecting 21% growth through 2028. The only relative sore spot is its $81,175 median base salary, which is on the lower end for such an in-demand position.

The demand for these workers shows in its open positions, as Glassdoor lists a whopping 16,850 openings at the time of publication. Dragging it down a bit is its long-term growth of 5% through 2028, which is about average, and job-satisfaction rating of 3.5 of 5. Its $92,225 salary is about average on our list.

Application managers may not be involved directly with the development of software and applications, but they still play a significant role in this area. They are responsible for determining what software a business needs, acquiring the software, overseeing its installation and maintaining the software.

Applications managers are in high demand, as businesses rely more on having the right software now than they ever have before. This demand shows with Glassdoor listing 9,550 open positions at the time of publication and BLS data projecting  11% growth through 2028. Job satisfaction is also quite high at 4 out of 5.

The median base salary of $85,794 drags its overall ranking down a bit.

In today’s digital world, software developers have a hand in virtually every part of our daily lives, as they create the software that allows us to perform simple computer tasks, allow our cellphones to work and much more. Without these developers constantly hitting the job market, the technology we know, love and can’t live without wouldn’t be possible.

The demand for software developers is clear when you dig into the numbers, as Glassdoor lists a whopping 31,909 open positions at the time of publication. The BLS solidifies this with projected growth of 21% through 2028.

On the downside, software developers come up light in median base salary at $80,429, and their job satisfaction is on the lower side at 3.5 of 5.

Data engineers have the important responsibility of setting up and maintaining the data infrastructures that support businesses. With all businesses using data in various ways, data engineers are in high demand.

Evidence of this demand is clear with Glassdoor showing 6,941 open positions at the time of publication and the BLS projecting 12% growth through 2028. What pushes the data engineer to No. 7 on our list is its 3.9 of 5 job-satisfaction rating and $102,472 median base salary.

The role of general computer programmer isn’t dead, but as the tech world migrates to more specialization, more focused roles have taken hold.

One such programming specialist is a Java developer. No, not a barista at your local coffee joint. A Java developer is a specialized programmer who works along with web and software developers and engineers to integrate Java into the business’ applications. They are also responsible for maintaining the Java side of the application through its life cycle.

Java developers are in high demand, and the 16,136 open jobs on Glassdoor are evidence of this. BLS data backs up this demand with a projected 21% growth through 2028. The salary comes in a little low relative to other top tech careers at $83,589, but job satisfaction is high at 3.9 of 5.

With businesses growing quickly and remote working becoming more common, cloud computing has become one of the most important infrastructure developments. With this growth, it’s no surprise that cloud engineer ranks No. 5 on our list of top tech careers.

A cloud engineer may touch just about any part of the cloud computing process, including design, planning, management, maintenance and support.

This role has plenty of numbers to back up its ranking, including a $110,600 median base salary, 4,668 open jobs on Glassdoor at the time of publication and a strong 21% projected growth through 2028. The only area it slips relative to others on our list is in job satisfaction, as it’s rated 3.6 of 5 on Glassdoor.

Any time you surf the web, you’re looking at the work of a front-end engineer. These key cogs in the tech wheel write the code that delivers a site’s look and feel. They code in various languages, including HTML, CSS and JavaScript, plus they have a general understanding of user experience and how to create an easy-to-use website.

As you may expect, front-end engineers are key people in any business’ technical team, and they are treated as such with a median base salary of $105,240 and a job-satisfaction rating of 3.9 of 5.

There is also plenty of demand for these specialists, as Glassdoor lists 13,122 open positions at the time of publication. BLS confirms this demand will continue with a projected growth of 13% through 2028.

Data science is far from a tech-only career, as many with this title work alongside CEOs and other executives to crunch the data the company needs to be successful. But where there is data, technology finds its way in, as many data scientists work within technical teams and analyze data, data sets and variables, create algorithms, read patterns, and more so the technical team can apply the data to its projects.

With data still one of the most important parts of running an organization, it shouldn’t shock anyone that this role lands tie for No. 3 on our list.

The numbers back it up too, as the median base salary rings in at $107,800, job satisfaction is great at 4 of 5, and current and future demand remains well above average at 16%.

The DevOps movement has streamlined the development process by combining the development and operations teams. While this leads to better coordination between the two sides of the business, it also opens the book on a relatively novel role as a DevOps engineer.

The DevOps engineer works with the developers to automate and streamline the integration and deployment processes. In turn, this will enhance coordination between operations, development and testing functions.

With the DevOps phenomenon still in full swing, there is plenty of demand for these highly specialized engineers. Glassdoor lists 6,603 open positions at the time of publication, and the BLS places its projected growth through 2028 at 21%.

On top of being in demand, DevOps engineer roles pay a median base salary of $107,800 and have a 3.9 of 5 job-satisfaction rating.

Software engineering is another one of those timeless computer science careers that has been around since the days of room-sized computers, and it’s No. 1 on our list.

Software engineers are responsible for the development and building of computer systems software and applications, including browsers, programs, database programs and more.

While its BLS job growth is only 5% through 2028, which is low for a tech position, Glassdoor has a whopping 50,438 open positions at the time of publication. Job satisfaction is on the low side at 3.6 of 5, but its median base salary is among the highest on our list at $105,563.