What can the rest of the world learn from Silicon Valley?

The Bay Area is a major tech hub for good reason, and there are lessons to be learned from it 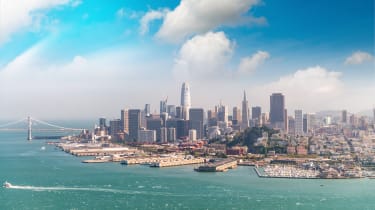 Silicon Valley: it’s the undisputed heartland of modern technological innovation, churning out companies, products and technologies that change the world with almost mechanical regularity. Some of the most famous and profitable companies in the world have their roots in the Valley and it’s the dream of many tech professionals to someday make a career there.

Of course, Silicon Valley is not without its problems – which we’ll look at in more detail in part two of this series – but it’s nevertheless cemented itself as the centre of the tech revolution. But why has the area seen such success, and what can other regions and budding tech hubs learn from it?

There are many factors that have contributed to Silicon Valley’s huge density of successful tech companies, but none is more vital than its proximity to Stanford University. The history of Silicon Valley is deeply intertwined with the elite educational institution; Stanford Research Park, a joint development between the university and the Palo Alto local government, helped incubate companies like Facebook and HP. Even today, Stanford provides a huge number of talented workers who go on to work in the Valley.

“The relationship of Stanford to Silicon Valley goes back nearly a hundred years,” explains Stanford professor of sociology Mark Granovetter. “[It] was solidified in the 1940s when then-engineering dean Frederick Terman decided to lease large tracts of Stanford land to companies like Hewlett-Packard, so it would be easy for scientists and engineers to go back and forth.”

Indeed, HP co-founder William Hewlett wrote in 1991 that “the presence of Stanford University was a key factor in the development of the technology enterprise now known as Silicon Valley. More than anything, it was Terman, his students, and the encouragements and opportunities that he gave them that enabled this great enterprise to flourish”.

Tech companies also pour grant money and donations into the university’s coffers at tremendous rates. The result is a symbiotic relationship whereby Stanford provides tech companies with a constant supply of eager and talented new candidates, and the university gets to offer students the high possibility of getting scooped up for a lucrative job. It’s not just students, either; former Stanford president John Hennessy is currently chairman of Google’s parent company Alphabet.

The relationship between Stanford and Silicon Valley is unique, complex and almost impossible to replicate, but it still offers an example of how tech hubs can leverage the advantages offered by their own surroundings to accelerate their development.

“The background for this is that Stanford owns huge tracts of land – about 13 square miles – and can create institutions like this Stanford Industrial Park, which other universities would not be able to emulate,” Granovetter explains. “I think that rather than replicate the relationship between Stanford and Silicon Valley, other hubs should think through what their own distinctive strengths are, and build on those.”

Aside from Stanford graduates, the Valley attracts a huge influx of job seekers looking to join the tech industry. At first glance, the appeal of working at these companies seems obvious; on top of six-figure salaries, Silicon Valley staff can expect perks like outstanding onsite catering, dry cleaning services, free parties and events, and offices that are kitted out with amenities including ping pong tables, arcade cabinets and even nap rooms.

However, while these trappings are undeniably appealing, according to LinkedIn’s vice-president of global talent acquisition Brendan Browne, they’re not what really draws workers in.

“I don't think someone's going to come here because we have the best snacks or the best perks,” he says. “The learning opportunities for new employees is humongous. I think that's sort of on the other side why people like to be here.”

He also highlights the intensely collaborative nature of the Valley’s professional culture, explaining that the high density of expertise combined with a strong culture of networking provides a perfect environment to foster innovation and growth.

“When I came out [to Silicon Valley], people were so collaborative, it almost took me by surprise. How, for me people were [happy] to go look at ideas or say 'why don't you go talk to so-and-so, they're doing something similar', or 'so-and-so might be able to give you some feedback on on that idea', whereas I think in other work cultures or geographies, people are more like 'I'm going to keep every secret to myself, I don't want your idea and I'm certainly not going to give you my idea’. So that's a huge part of it.”

This is a view shared by Box CIO Paul Chapman, who notes that the tech community in Silicon Valley often acts as a “support network” for smaller companies and entrepreneurs.

“When you're very small and starting up, it's almost like Silicon Valley becomes an extension of your organisation,” he says. “The ability to tap into that network, both from a talent perspective and investor perspective, and then a guidance perspective, it's so much greater when you have this concentration here like we do.”

The engine of innovation

Another attractive aspect of Silicon Valley’s culture is that it has firmly and wholeheartedly embraced agile and flexible working, enabled by cutting-edge software tools. Companies deploy modern collaboration platforms like Slack and Microsoft Teams to keep employees connected, and the prevalence of SaaS applications and cloud storage enables staff to be capable and productive from anywhere they choose.

This flexibility is something that many organisations could benefit from. Not only has working from home been shown to reduce staff attrition and improve productivity equivalent to an extra full day’s work, according to a Stanford study, it also opens up the possibility of hiring top-quality talent that isn’t necessarily local to your office. What’s more, the adoption of the technology tools and processes that enable remote working – such as the collaboration software highlighted above – will improve the efficiency of your in-office employees as well, laying the bedrock for future digital transformation efforts.

In fact, the concept of digital transformation is another export from Silicon Valley that’s having a big impact on businesses around the world. Bay Area tech companies are among the best in the world when it comes to embracing new ideas and taking chances on new and untested strategies. This applies to the adoption of business methodologies like DevOps and Agile, but also extends to functions like R&D, marketing and HR. While many businesses tend to be risk-averse, Silicon Valley firms are usually open to taking bigger chances for greater potential rewards.

“I think there's some history that even predates Silicon Valley as we know it today,” Browne says, “that contributes to sort of the spirit of entrepreneurialism and risk-taking, that comes with why people even today still seemingly flock towards the San Francisco Bay Area and Silicon Valley to chase ideas. And some of that is before there was any technology, a lot of people seemed to go in this country from the east coast to the west coast, specifically to California, because they wanted something new they want to create and create a new life or go chase something.”

Browne posits that Silicon Valley companies are perhaps inherently more open to risk taking and speed, with a tendency to try something and find out whether or not it works quickly – and if it doesn’t, move on equally quickly.

“I think cultures that support that well have an advantage versus an attitude of 'we need to put this through a longer process’. But I think a long-standing history of risk taking, and then the payoffs of those risks and the impact it had on people's lives that are positive, I think is probably the headline for me,” he adds.

The result is an environment in which creativity and innovation flourishes. New products and technologies are developed at a rapid pace without fear that overly conservative leadership will shut them down, and companies are constantly experimenting with how they run their organisations internally in order to drive the most efficiency and value. By emulating Silicon Valley’s more adventurous and trailblazing attitudes, companies and industries across the world can reinvent themselves, building a greater atmosphere of innovation within their own ranks.

However, while these cultural elements are an important factor in Silicon Valley’s success, the financial elements of the Valley’s ecosystem should not be taken for granted. In particular, the area houses a vast number of venture capital firms, which between them control a staggering amount of potential investment for new companies. Part of the Valley’s attraction for startup founders is the ability it affords them to shop their ideas around to potential investors in person.

These VC firms are more than purse-string holders though; in many ways, they are the glue that holds Silicon Valley together. When a VC firm invests in a company, it often also assists it with various vital business tasks such as recruiting new talent, planning out growth strategies, bringing in subject matter experts and connecting it with relevant partners.

“The exploration of the complex networks of Silicon Valley points out the specific functions of VC firms and their contribution to the robustness of the system,” Granovetter and fellow economist Michel Ferrary wrote in a 2009 paper on the role of VCs in the Valley’s ecosystem. “Beyond the funding of start-ups, the VC firms select the most promising projects of the region, signal the best start-ups to the business community, accumulate and spread entrepreneurial knowledge in the cluster and embed the interdependent agents of the network.”

The lesson to be learned from Silicon Valley’s venture capitalists, therefore, is not that tech companies should simply follow the money. Instead, the real lesson is that they should be making full use of all the resources and expertise of the partners that they do work with, forming strong bonds within their own wider corporate networks to ensure they’re obtaining the maximum value from them.

In addition to VC firms, Chapman also points out the value of personal networks in obtaining seed funding. Series A and Series B funding rounds are often made up of many smaller investments from founders’ personal contacts rather than VCs, he explains, in a tactic which he likens to crowdfunding on a grand scale. This allows companies to obtain early funding without ceding too much control to an individual investor, while also allowing successful founders to put their wealth back into the local startup community.

Silicon Valley is far from perfect. It has many problems, and has attracted a significant amount of justified criticism over the years. It’s hard to argue, however, with the fact that the companies of the San Francisco Bay area are almost unparalleled powerhouses of technological success, and there are many important lessons that organisations around the world can take away from their example.

The common thread that runs through all of the Valley’s best qualities is a fearless pursuit of improvement and innovation. Companies enlist the brightest minds available and then set them loose on problems, unconstrained by the boundaries of conventional thinking or traditional business dogma. That, fundamentally, is the key to Silicon Valley’s success – and it’s a lesson all of us can learn from.

What is Tiny AI?